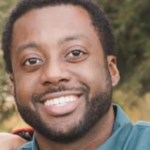 Prior to taking over at JHS, Coach Jones spent 10 years at George Ranch HS, six of those years as the head coach. His overall record being 99-80. He helped lead his team to a District Championship (2020), the 6A Region III Finals (2019) and was a finalist for the TABC 6A Coach of the Year (2019). He was twice named Fort Bend Herald Coach of the Year (2015 and 2019) and was also selected as a coach for the Houston Area Basketball Coaches Association All-Star Game (2019). Prior to George Ranch, he was the Varsity Assistant at Sam Rayburn HS. He received his bachelor’s degree from the University of Houston where he played under legendary coach, Tom Penders. Coach Jones is returning home to Katy where he was a graduate of Cinco Ranch HS. There, he helped lead his team to 3 straight district titles and led the city of Houston in assists in his senior year. He and his wife Diedre, have two beautiful children, Jaia, 16 and Charlie, 7.